Fate wasn’t done with us when G. and I met over twenty-three years ago.

When I say that “life is long” it’s meant with an amazement that we would meet later in life almost past middle age, and have been together so long ever since.

Today is our nineteenth wedding anniversary from a day when we crept down the back stairs in G.’s piano shop, slipped out the door and drove to City Hall in a sudden swirl of a snowstorm where the City Clerk met us, a gentle smile behind his thick glasses. We were married with no witnesses in the courtroom of shiny golden oak, the wood grain flaming all over the place. We were quiet as we said vows that we had written ourselves.

When we drove home, G.’s workers hadn’t noticed that we had gone out. I started cooking dinner while George went out to tune a piano. I think we had duckling with an orange or cherry sauce with wild rice and braised endive on the side. He called to let me know he was on his way home and called me “Mrs.” For a fellow who had foresworn ever to get married, he was in love with the idea of it as soon as it happened. I, on the other hand, struggled vainly to maintain my independence for over a year, adjusting to marriage again after the first one had frittered itself away such a long time ago.

Today and every day herein, we acknowledge how lucky we are to be living with each other in a life of our own. 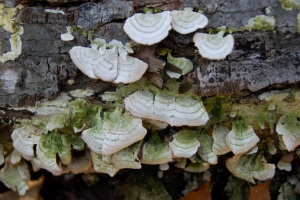 What accounts for how we turn out? Brothers and sisters within a family can be very similar, or one may stand out among them as being very different in appearance or bent of mind. Some may have the benefit of education, either formal or informal. Others don’t want to listen to anyone else, in books or not. How much does our personality influence the mix. Ancestral genes? Does karma, destiny or fate have a role to play?

So many potential factors above. It’s hard to sort out what makes us be like others and what makes us be more like ourselves. We live in a materialistic world. Yet, spiritual writings want us to believe that simplifying and not wanting more is the way to go. Who’s in charge of us? Very confusing. 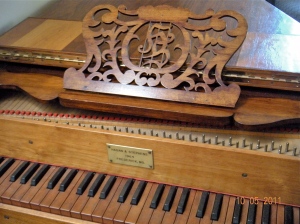 If my husband and I had met when we were younger, we wouldn’t have paid that much attention to each other. I was a goody-two-shoes dean’s list student at an ivy league school. At the same age, G. had hair down to his shoulders and played keyboard in a local rock band that is still well known in this town to this day.

We were both pianists: I started at the age of three, trained the Lechetiszky method by a renowned Russian pianist, Professor Basil Toutorsky (see basil toutorsky) who had 22 pianos in a mansion on 16th Street in Washington. G. was virtually self-taught, went to Berklee School of Music for awhile and played rock and roll, jazz and rhythm and blues. He didn’t get interested in classical music until he was in his 20’s and then shifted his interest to the complete works of a 19th century French composer named Charles Valentin Alkan. Alkan’s piano works are so difficult that very few pianists can play them. Marc Andre Hamelin, a Canadian pianist, has recorded most of his works. Recently Hamelin composed and recorded his own variations of Alkan’s compositions, if you can believe it.

This is all by way of describing how different and how similar we were at the same time. We both loved pianos. We courted to Alkan’s music played by Marc Andre Hamelin. And we met over a piano.

Although I loved the piano, my professional career was in the field of biotechnology (eggs in one basket). Offered a new job, I had just moved to central Massachusetts to a pristine modern condo facing the lake that ran through the town. When the movers put the piano in the living room, they attached the lyre which holds the pedals but forgot to tighten the surrounding hardware.

I looked in the Yellow Pages and found an ad with a handsome logo of a grand piano with the description, “Specializes in Steinways.” When G. arrived at the door of my new condo, I was distracted, on the phone with someone at the office. I was also not interested in getting involved with anyone, having just gotten divorced from my first husband whom I was married to for 26 years.

When we had a cup of tea after he adjusted the lyre, I said, “Let’s just be friends, okay?” He smiled and said, “We already are.” A few months later, I invited a pianist named Ken that I met at a gallery opening to give a piano recital at my house because I was new in town and thought it might be a good way to meet people. It turned out that Ken had been G’s client for over 20 years. The two fell busily to discussing and deciding what to do to improve my Steinway piano for the recital!

Long story short, the recital took place in May. I had put a deposit to buy the condo on the lake when G asked me to think about renting the 2nd floor apartment in his Queen Ann Victorian house. I thought about it for awhile and decided that if there was going to be a chance for a future between us, moving into the house would tell the tale. If it didn’t work out, I could always move somewhere else afterwards. He and his men helped me move out of the condo and got me settled into rooms with a view in the gorgeous house that he had restored for the past twenty years. During this time, an elderly woman who attended one of our piano groups commented enviously to me that living in two apartments a floor apart was ideal–independence and privacy along with the intimacy of being a footstep away from each other.

One day in August, a month after I had moved in, I walked hurriedly into the kitchen, my arms full of groceries. When I turned around, I gasped in surprise because there, in the living room, was a small vintage harpsichord with cherry keys and applied carving on the legs. To paraphrase what Renee Zellweger said to Tom Cruise in the movie “Show Me the Money”: “He had me at the harpsichord.”

We took our time and got to know each other for four years before we married. Once decided, we wanted to marry privately at City Hall, just the two of us. Flowers were delivered to the shop on the first floor of the house. Wedding rings were Fed-Exed from Tiffany’s. Downstairs, none of G’s workmen in the piano shop suspected a thing.

It was a snowy day and I called the Town Clerk to see if he was still there. We read our own vows and returned home; changed our clothes and still the guys were clueless. G. went out to tune a couple of pianos in the late afternoon while I cooked our wedding supper.

Later in the year, we threw a big party with a formal ceremony for family and friends on May 11th. The only way we could keep track of these two anniversaries was to remember that it was the 7th of March and the 11th of May or,. . . seven/eleven.

G had never married and I had been married for a quarter of a century to someone else by the time we met. Whenever I say to G. that I should have left my marriage earlier due to all the trials and tribulations, he quickly disagrees. He believes, and I concur, that had even one thing been different in our pasts, that we might not have met each other at all.

Timing is everything, it seems, even if it takes awhile. We just celebrated our fifteenth anniversary. Together with the four years we knew each other before we were married, we are going on being together for twenty years. Life is long, and we are grateful to share ours together.