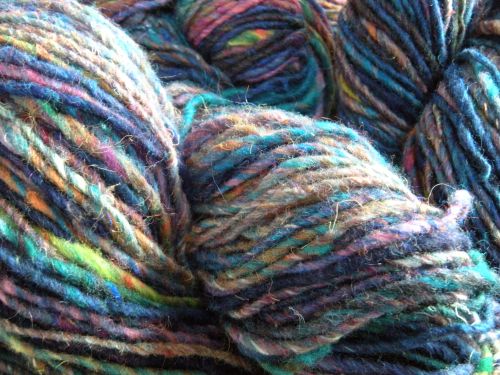 Remember when the “New Age” was upon us? Around the time of the millenium or some years back before that? When did the new “Age of Aquarius” really begin anyhow (in the 1960’s and 70’s?)  And is it still going on? Some of my favorite CDs to play in the car are piano compositions recorded by Windham Hill, a label that epitomized new age music for me with work by composers like Liz Story, William Ackermann and Michael Jones. The music itself brings back memories of an easier time in the world, if not in my own at the time. Maybe that’s why I enjoy listening to it now: things are so much better in my life compared to then.

Outside, things feel bleak due to the frustratingly protracted political gridlock in Washington, D.C.; to the shock waves due to mass shootings, global spying, hacking, identity-theft, you name it: everyday it hits us on the news, in the newspapers and on the radio while driving around doing errands. The age we live in now is also pre-empted by an ever increasing social media frenzy whipped up by the press along with random ads that pop up everywhere you look on the internet: a dizzying melange of unasked-for opinions and cyberspace junk mail.

In quieter times past, I, for one, used to rely on “signs”, reading the Tarot spreads on occasion, writing down intentions, visualizing goals and so on. Lately, not so much.

Even so, I was thinking the other day about certain events that have occurred in our little world that have made a big difference, a turn of events outside of our own control. I recognized that almost everything important in my life has unfolded that way: moving down here for a new job over twenty years ago, and meeting my second husband (a piano tuner) because the movers didn’t put the lyre back on my Steinway properly.

You can call it synchronicity or serendipity. Or we could just acknowledge that the Universe, and God, have plans for us that we know nothing about until it is revealed to us. It almost makes me think that we should just live and let live, and mostly get out of our own way so that the Universe can do its thing more easily than having us try to fix things ourselves. Do you ever find that to be true in your life too?

I am writing about this nebulous topic today because of what happened to me this weekend. I had been unsuccessful in three attempts to order yarn online from WEBS, a yarn warehouse about an hour’s drive away from me in Northampton. The appearance of the three lots of yarn in my hands was very different in gauge, weight and color from what I had seen (or imagined) on my computer screen.

instead of mailing it back a third time, I got in the car and decided the only way that I might find yarn I wanted to make something for myself with, was to go and take a look in person.

I was right because there was only one yarn in the entire warehouse that drew me in, a gorgeous new Noro yarn.

It was multi-colored and a swatch had been knitted up that hung beside the yarn on the shelves so that you could see what the colors looked like knitted up. I’ve worked with many multi-colored yarns before this, most of which surprised in a negative way, the colors not blending or looking right, which can result in omitting some colors and being surrounded by lots of little balls of various color lots to choose from when finishing a garment. I’ve been there lots of times, so I was glad to see the swatch that showed the beauty of how the colors played out together.

It was very expensive, but with the credit of the returned yarn, and a discount based on the dollar amount of the yarn, I could almost justify going for it. I thought maybe I could afford just six skeins and knit a vest with a kimono look. At the last minute, I asked for four additional skeins which brought the discount up to 25% off. With ten skeins of this unusually beautiful yarn tucked safely in my car, I found a parking place in town after a few tries and had a quick lunch at Osaka, my favorite Japanese restaurant. Over soft-shell crab tempura, I sketched out designs on index cards while I ate to see how the ten skeins of yarn could be used in an unconventional manner but didn’t come up with anything novel or exciting.

On the way home, as I was thirsty from the saltiness of my lunch, I decided to swing by Barnes and Noble to have an iced tea and look at their yarn books, not having found anything earlier in Northampton. The book section didn’t yield anything, but then, my eye fell on a magazine by Noro, the manufacturer of the yarn I had just bought with a patchwork sweater on the cover made out of the same exact colorway of the new Noro yarn that was sitting in my car.

The pattern was perfect: a loose-fitting tunic with dolman sleeves and interesting patches knitted in various cable designs on the asymmetric tunic front. I couldn’t believe it. It was as though I led myself (or was led) to look for and find the yarn in one place, and then find the pattern in a second, three hours later, a third of the state of Massachusetts apart.

Noro pattern of a tunic sweater with patchwork

Oh, and that’s not even to mention that while I was browsing in one of my favorite stores called “Irrisistibles” in Hamp that has books and household whimseys, I saw a display of metal hanging placards, one of which said, “Everything Will Be All Right.” It was $30 and I thought, I can just print that out myself when I get home and put it on the fridge. It was definitely the right message for me at the right time. New age or not, that familiar twinge of recognition, seeing a message meant for me was unmistakeable. I was buoyed up by it on the way home having forgotten that maybe I wasn’t struggling along alone after all.

So, how “new age” is that for a day filled with coincidences? You’ve heard of the phrase, “there are no accidents,” right? Well, what I take away from this little yarn saga is that the Helpers are definitely out and about and that even when I don’t think I need help, their generous handiwork is very apparent. They must be laughing their heads off up there!

I hadn’t wanted to make the drive out to return the yarn, and when I did, the only yarn I liked appeared to be prohibitively expensive. With the credit and an additional discount, I unwittingly purchased ten skeins, the exact amount of yarn required by the pattern on the cover of Noro magazine to make an unusual patchwork tunic sweater.

Plus, the real gift of the day was coming across and being reassured by the comforting admonition that “everything will be all right.” If you believe it, maybe it will happen.