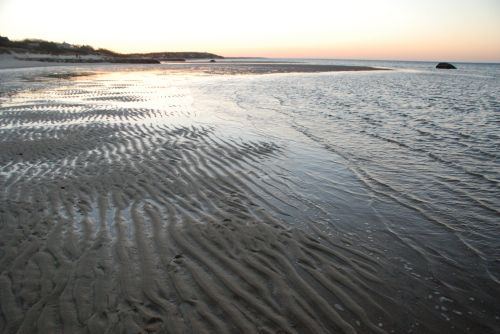 Although I’ve had this book, “The Big House” (written by George Howe Colt) on my shelves since it was published a decade ago, I’ve just recently found and read it again. It is a poignant memoir about a huge weathered house on the Cape that has been in his family for almost a century.The first few times through, I was put off by the somewhat lengthy digressions that he makes about the “white WASP” Brahmin society from which he derives. Everyone goes to Harvard. Everyone, it seems, has money that they don’t have to earn. There is a degree of genteel snobbery towards others as well. And there’s plenty of marital discord, infidelity and alcoholism, not to mention mental illness to go around.

This sounds rather harsh, but perhaps it’s because I am one of those immigrants who drive by these majestic homes along the North Shore or on the Cape, where the “big house” is located on Wings Neck looking over Buzzard’s Bay and wonder to myself “who are these people” who live in these homes? Now we know, at least for this particular huge house near Woods Hole on the Cape. 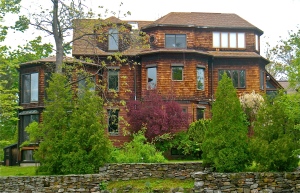 Truth be told, my own home lies within a “big house” too. It’s a Queen Anne Victorian house built in 1899, at the turn of the century a few years earlier than the Wings Neck House, built in 1901. Colt’s family is one of those lucky ones where real estate overlooking the ocean is built by an ancestor, then handed down for almost a century for future generations to live in, rent out or to wait until such time that it is sold, the proceeds divided among the survivors.

Reading Colt’s description of what their “big house” meant to him, his wife, children and his large family of fifteen cousins over the years gives an insider’s look at their family. He describes times when an S.S. Pierce truck would pull up to the house, unloading staples like Keiller’s orange marmalade in grey pottery jars; Jones’ breakfast sausage and enough bacon to serve the hordes for breakfast every morning. Also beautifully described, because the author is a writer by profession, is his love of books, particularly his descriptions by title, depth and variety of books shelved in every room of the 13 bedroom house. When it’s his turn to pick something to keep from the house, it is the turn-of-the-century volumes of Dickens he read as a child while lolling on the chaise longue in one of the sitting rooms of the house.

There are estrangements between husbands and wives and financial constraints that hinder the family’s wish to keep the big house in the family even though taxes and repairs are a yearly burden. Yet, this large family holds itself together with a pervasively gracious consideration for each other that permeates the ending of this great house. The last quarter of the book is worth re-reading just to witness how the family interacts with each other as bids come in from developers who want to raze it to the ground and name a subdivision after their family, “Colt’s Pointe.”

I will let you read the book yourself to see what happens to the house, letting you know that it is not unlike the outcome of “Howard’s End,” that beautiful novel where a house becomes a living character in a story that has its own destiny, out of reach of what people want or don’t want to happen, no matter how fiercely they struggle with each other as tragedy unfolds.

As for living in our big house, I look around me to appreciate again the hard work and resources that have been poured into renewing this place, the quality of the woodworking and materials and most of all, that we have the good fortune to live in the spacious vaulted space with skylights that it provides us with. And on a smaller scale, books shelved everywhere. 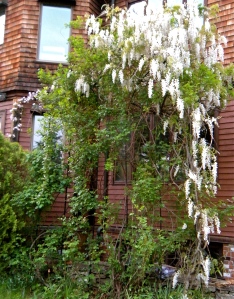 Reading about a big house on the Cape has re-ignited my appreciation of our own house: the cherry floorboards up the original staircase with cherry bannisters, the wide board pine floors on the upper floor where we live, the cedar shake siding that clads the house, handcrafted copper gutters and downspouts, the stained glass windows on the first floor that abut the wisteria bower where a family of cardinals live.

Life is long, I am wont to say. Rather than cramming as much as we can into our day because we are fearful that “life is short,” and could be cut off at anytime, I am impressed over and over again by observing how life unfolds when we seem to have virtually nothing to do with the outcome. I don’t know why I landed here in a second marriage after a long, unhappy first one that had left me high and dry. Nor did it seem possible for G. and me to make such a fitting home for ourselves relatively late in life.

All I know is that our glass is more than half full and when we partake from it, it’s helpful to remember the effort that has gone into making it so. And to be thankful.